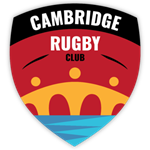 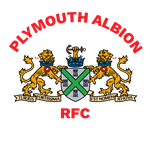 The day started with over 100 people gathering in the bar to watch the Rugby World Cup final. Unfortunately, the result was not the one most of the gathering would have preferred - but congratulations must go to South Africa and also to Ben Spencer who came on for England in the second half - perhaps we should remind him we do not have any of his shirts on display.

While the weather had been marvellous early in the morning a front brought a band of rain.  That passed before kick-off, but there was still a stiff wind which would dominate proceedings.

Cambridge had the wind in the first half. A scrum penalty gave Ben Penfold an early chance to add points which the duly did. This was followed by a kick to the corner and a catch and drive which Mike Mayhew touched down, with Ben slotting the extras. Another penalty on twenty minutes stretched the lead to thirteen.

More Cambridge pressure followed and Plymouth were forced to try to run out from their own 22 but Joe Green intercepted, and after a few phases Matt Hema crashed over. Once more Ben added the extras and Cambridge were 20-0 up.

However, Plymouth were not to be written off and although one attack was called back for a forward pass, they were able to narrow the gap with a try just before half time - so we went in 20-7 up.

In the second half, Plymouth came back into the game. Cambridge's discipline which had been excellent in the first half slipped and Plymouth were able to slot two long-range penalties both from within their own half. A third penalty attempt missed but Plymouth levelled the score with two converted tries.

There was still fifteen minutes to go and Plymouth were in the ascendancy. However, Cambridge held onto the ball knowing that to kick it away risked another scoring opportunity and although unable to score were able to run out the clock. The end when it came was a bit of an anticlimax, a knock on ending proceedings with Cambridge in the Plymouth 22.

In the end a draw was possibly a fair result - but once again most of the spectators went away disappointed. However, there were positives to take into the game against Blackheath next week.